If you want to win, you need Performance.

Performance Unlimited of Vermont specializes in Jeep lift installation and custom Jeep builds. While most mechanics believe they can install a lift kit, there is a confluence of knowledge necessary that combines vehicle design, understanding of usage, physics, and the parts market, to lift a vehicle correctly. We have been perfecting this art since the early 90’s, and today, Performance Unlimited builds some of the most impressive and capable lifted Jeeps and rock crawlers in New England. 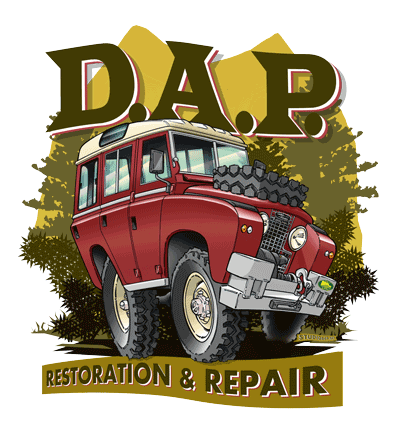 D.A.P., once known as a Land Rover Parts Service is now known for their impressive Land Rover Restorations. You’ll find similar restoration services sprinkled across the country and the greatest density of them located here, in Vermont. The reason is, here in Vermont we know how to build vehicles that can endure harsh and corrosive driving conditions. For this reason, owners love their vehicles restored here because they know we’re taking the extra steps necessary to make their investment last!

Performance Unlimited was a lifestyle and a dream of Rodney Brooks. His passion was born at an early age and he grew up making cars go faster. Over the years Rodney has been the Crew Chief for an NHRA drag car team, he’s built axles for Monster Trucks, he’s made mud trucks run faster, and he’s always had a project Jeep (or two). Normally a rather quiet guy, you’d occasionally hear him say “If it goes slow in four-wheel-drive or, has over 1,000 horsepower then, I’m in.” And it’s no joke. There is more knowledge packed into one person here than you’ll find in most shops, period. The best part of Rodney is that he loves to share his knowledge! In 2008, when the housing bubble burst, Rodney lost his job and, used his down time to help friends improve their Jeeps. This is when the dream of Performance Unlimited turned the corner into a reality. What began sharing 1/2 of a two car garage with his brother, is now a 120,000sf building stacked with vehicles and mechanics. Rodney shares his knowledge with his teams and helps them grow as individuals. When you want a vehicle built right, there is no question, Performance Unlimited for the win!

Over the years, Performance Unlimited has played a major role in the creation of the Killington Jeep Jamboree event where we still operate as guides. We also serve as the official recovery service for Vermont Overland.

Facebook-f Instagram Instagram
Working with Rodney & Performance Unlimited has brought my Jeep to a whole new level. They've been there for me when I'm broken and when I have a need, they have 10 great ways to do it. Hands down, they know what they are doing and this is why they deserve my business. Every, single, time.
Mike H.Burlington, VT
Great team to work with whether its fabbing a custom bumper for my jeep, diagnosing electrical faults in my 17 year old wiring or just getting a new inspection sticker. Strongly recommend.
Owen M.Barnard, VT
These guys can do anything you want for your Jeep or car. I have needed them over the year's and am always impressed with their knowledge, experience and final work. Everything is done correctly the first time. Thank you Performance Unlimited.
Paul CHartford CT
Previous
Next
Skip to content